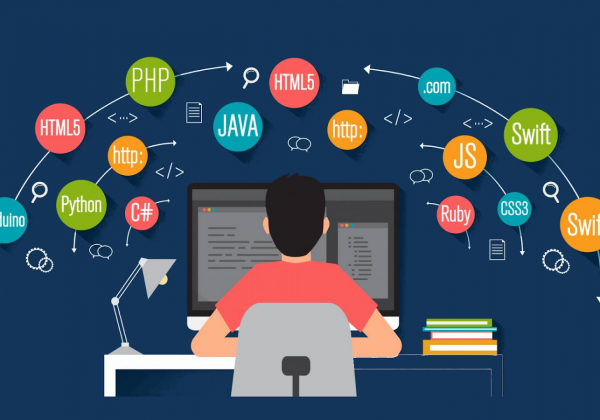 In today’s rapidly advancing digital world, technology has seeped into every aspect of our lives. Programming language is the most significant requirement for nearly any field, including web development, machine learning, data science, and so on. Following are the top programming languages in-demand.

The online financial industry uses Java in areas like banking, billing, and the stock market. It is excellent for developing apps not just for mobile phones and PCs, but also for remote processors, sensors, and a wide range of other consumer devices which makes it worthy to be on the list of one of the most in-demand programming languages, 2021.

Structured Query Language is a programming language used to query and manage databases. As a domain-specific language, it is primarily intended for data administration within an RDBMS (relational database management system). Simply said, SQL can find and retrieve data from a database, as well as edit, add, and delete entries.

C#, like other popular languages, has a large community that works with it and helps newcomers. As a result, learning C# may be easier than learning some of the newer and less-documented languages. Furthermore, it is perfect for developing increasingly popular mobile apps and games.

Developers use open-source server-side scripting language for website creation. It has several notable characteristics, including cross-platform compatibility, object-oriented programming capabilities, and simple interaction with HTML, CSS, JavaScript, and other languages, as well as a large community of users. Beginners should definitely consider learning this language because it is very simple to master.

Kotlin is a statically typed general-purpose programming language and supports both object-oriented and functional programming capabilities. The best feature of the language is that it is totally compatible with Java and supports all Java libraries.

Not only does iOS operate on every iPhone and iPad, but it also serves as the foundation for additional operating systems such as watch OS (for Apple Watches) and tv OS (for televisions) (for Apple TVs). It is one of the top 10 programming languages of the future.

Go is ideal for engineers who want to enter the field of systems programming. It encompasses much of the same functionality of C and C++ without the difficult syntax and steep learning curve. It is one of the highest-paying programming languages, 2021.

Therefore, you can choose among  the top 10 Most Popular Programming Languages 2021, as per your requirement.